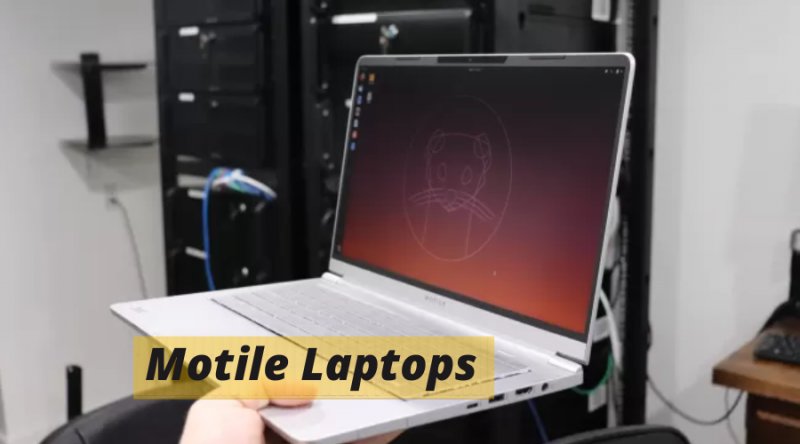 The Motile brand is a Walmart brand that makes travel and tech accessories that are functional, affordable, and stylish. The company offers vegan leather accessories as well as neoprene bags with built-in chargers, which set it apart from similar companies such as Target and Amazon.

How good is the motile laptop?

Motile’s first laptop is a 14-inch M142 with a popular AMD Ryzen 5 3500U CPU, 8GB of expandable memory, and 256GB SSD for $700 USD on Walmart or $550 on Newegg. For Black Friday shoppers, Walmart is selling this exact model for just $380. It is also possible to order a less expensive SKU with a slow Ryzen 3 3300U CPU and less than half the RAM and storage.

There may be no better budget laptop than the Motile M142 14-inch notebook PC, made by a company that understands low prices. Despite being Walmart’s house brand, the Motile M142 is often overlooked by the retailer to promote brand-name PCs. The M142 does cut some corners.

AMD Radeon Vega 8: How does it perform?

For laptops (Cezanne, e.g. Ryzen 7 5800U), AMD Radeon RX Vega 8 is an integrated GPU. The 7nm process and clever power-saving features ensure the graphics card consumes relatively little power (according to AMD), which makes it suitable for slim, light notebooks.

“MOTILE Performance Laptop” from Walmart contains an AMD Ryzen 3 3200U quad-core processor. This may be the cheapest Ryzen laptop around.

The box contains what?

Build quality and design of Motile

First of all, when looking at the Motile Ryzen 5 laptop, you’ll notice Walmart took design cues from Apple, and it looks absolutely stunning. Motile is available in three colors: black, silver, and rose gold.

As with the 13-inch Macbook, the Motile Laptop has an aluminum body, a large touchpad in the center, and a light-up keyboard. The USB ports on the laptop seem to have a death grip on the cables. This causes the laptop to pull along with the cables when you try to pull them out. There is a small bezel around the 14-inch screen, which makes the laptop look very sleek because it occupies most of the top housing.

Aluminum is used in the construction of the Motile’s body, while plastic is used for the keys. A viewer had commented on YouTube that the top half felt like plastic, but it actually felt like aluminum too. Screen hinges feel sturdy and well-made. Because of the laptop’s weight of 2.55 lbs, some issues arise, such as lifting while trying to open the lid, and pulling out USB wires or drives. These pull the laptop when they are seated in the USB ports.

This gaming laptop’s specs and features are very important to know. First, let’s look at some of the features and specifications.

A 14-inch 1080p FHD screen tuned by THX provides crystal clear and bright images. Despite the slim bezels, the viewing angles and refresh rate seem good. There is some back-lit bleeding on the bottom of the screen, but it is only visible in low light.

Keyboards and key symbols are backlit blue at the bottom of the keys, the same color as the laptop. It must now have a timer because the keyboard will turn off if it is not used, but will stay off sometimes even when used. At certain angles, the lettering is difficult to read, appears washed out, and does not illuminate the entire letter, word, or symbol.

A USB type C port, two USB 3.0 ports, and a USB 2.0 port are available. An HDMI port is also included on the Motile, which is a nice feature and should be standard in today’s market. A Front 720p IR Camera and 3.5mm Headphone Jack is also on board, and the Ethernet port is used for facial recognition login for Windows 10. The keyboard has 80 keys and is quite cramped.

It has a touch point that locks the pad, which is a very useful feature, and the light illuminates when the pad is locked, just like the touchpad on the 13-inch Macbook Pro.

A 2nd Gen AMD Ryzen 5 Mobile Processor and Radeon Vega 8 Graphics are included in the Motile, which features 8GB of DDR4 RAM.

256GB of SSD storage is included, but it’s not much. Therefore, Motile is providing a second SSD slot to allow for future upgrades.

As of February 2018, AMD launched its Radeon Vega 8 integrated graphics solution. Using the Raven graphics processor and manufactured on a 14nm process, the device supports DirectX 12.0. The Radeon Vega 8 is capable of processing all the latest games. Radeon Vega 8 contains fewer shading units than Radeon Vega 11 Embedded, which is fully unlocked and has all 704 shaders enabled. Shaders are configured with 512 units, texture mapping units with 32 units, and ROPs with eight units. You can boost the GPU’s speed up to 1100 MHz from 300 MHz. The maximum power draw is 65 W.

It comes with Windows 10 Home and no bloatware. No extra software is required to slow things down. It’s just Windows, as it should be. In addition to the audio driver, there is the “THX Spatial Audio for Headphones” software.

This Motile laptop not only comes with a 256GB M.2 SSD drive, but it also features a second M.2 SSD slot that allows for an NVMe SSD drive! Dropbox accounts can be synced with this very easily!

The maximum RAM is 16GB. There are only six screws to remove the back cover of this laptop, unlike some other laptops.

Take a closer look at the processor and cooling. There are four cores and eight threads on the AMD Ryzen 5 3500u. Compared to the Core i5-8265U, it performs equally well. A 447 score has been obtained in Unigine Heaven Benchmark 4.0 using the Motile at High Quality with an average of 17fps and a maximum of 37.2fps. A low setting of 720p resulted in 1324 with an average frame rate of 52.5fps and a maximum frame rate of 94.6fps.

Is the Motile 14″ Performance Laptop worth the money?

What are the best places to buy Motile 14 performance laptops in the USA?